3 ways to profit from Bitcoin futures 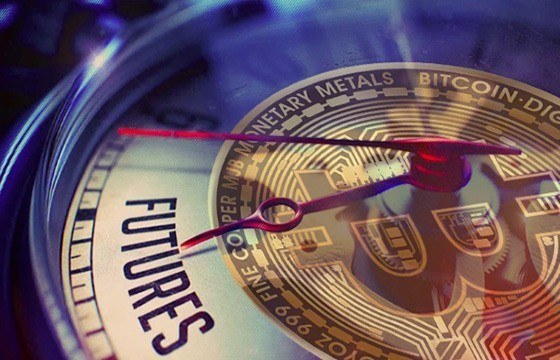 Most traders believe that futures contracts are only used to place ultra-risky bets with high leverage, but these instruments have many uses.

When data comes out about the liquidation of futures contracts, many novice investors and analysts instinctively conclude that these are degenerate players using high leverage or other risky instruments. To be sure, some derivatives exchanges are known for encouraging retail trading to use excessive leverage, but this is not true of the entire derivatives market.

Nearly concerned investors like Nithin Kamath, founder and CEO of Zerodha, have wondered how derivatives exchanges can deal with extreme volatility while offering 100 times the leverage.

On June 16, journalist Colin Wu tweeted that Huobi had temporarily lowered its maximum trading leverage to 5x for new users. By the end of the month, the exchange banned Chinese users from trading derivatives on the platform. After some pressure from the regulator and possible complaints from the community, Binance Futures limited leverage for new users to 20x. A week later, FTX followed that decision, citing "efforts to promote responsible trading."

Former FTX founder Sam Bankman-Fried argued that the average leveraged open position is about 2x, and only a tiny fraction of the activity on the platform would be affected. It is not known whether these decisions have been approved or even sanctioned by any regulator.

Margin traders keep most of their coins in hard wallets

Most investors understand the advantage of keeping as many coins as possible in a cold wallet, since preventing access to tokens over the Internet greatly reduces the risk of hacking. The disadvantage, of course, is that this position may not reach the exchange in time, especially when the networks are overloaded.

Futures contracts are the preferred instruments traders use when they want to reduce their position during volatile markets. For example, by posting a small margin, such as 5% of their holdings, an investor could use 10x leverage and significantly reduce their net position.

Then these traders can sell their positions on the spot exchanges once the deal is in place and simultaneously close out their short position. The opposite is true for those who want to suddenly increase their exposure with futures contracts. The derivatives position will be closed when the money (or stabelcoins) arrives on the spot exchange.

Keats know that liquidity tends to decline during volatile markets. As a result, some deliberately open high leverage positions with the expectation that they will be forced to close due to insufficient margin.

These are the reasons why they are not able to cascade down.

While they are "obviously" losing money on a trade, they intended to forcibly liquidate positions to force the market to move in the direction they want. Of course, a trader needs a lot of capital and several accounts to accomplish such a feat.

Traders who use leverage profit

Long-term contracts, also known as reverse swaps, have a built-in rate usually charged every eight hours. Funding rates ensure that there is no imbalance of currency risk. Although the open interest of buyers and sellers is always the same, the leverage actually used may be different.

When buyers (long positions) demand more leverage, the funding rate becomes positive. Consequently, those buyers are the ones who will pay the commission.

The market-maker is the only one who is willing to pay the commission.

Market makers and arbitrageurs will constantly monitor these rates and eventually open a leveraged position to get these fees. While this sounds simple, these traders will have to hedge their positions by buying (or selling) in the spot market.

The market is a very simple market.

Use of derivatives requires knowledge, experience and, preferably, an impressive war chest to withstand periods of volatility. However, as shown above, it is possible to use leverage without being a reckless trader.