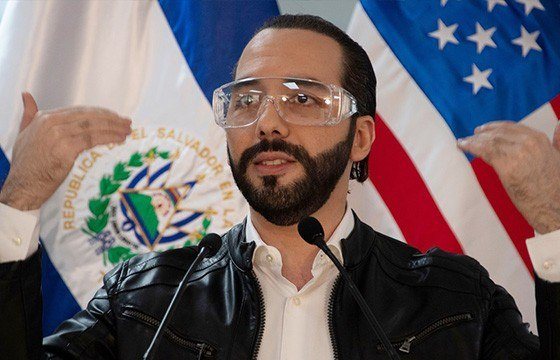 On Tuesday, September 7, 2021, El Salvador became the first country in the world to recognize Bitcoin as legal tender. At first glance, this is surprising news for the entire community and its enthusiasts. However, some points in the accompanying bill are questionable and have even provoked a wave of criticism.

Bitcoin (BTC) — is decentralized money, which is not controlled by the state. Their use should be voluntary.

However, El Salvador's «Bitcoin Law» at some point fails at this approach to the most famous cryptocurrency. Companies are forced to accept bitcoins as a payment currency. In other words, this is no longer a matter of voluntariness, but an obligation that some BTC fans do not like, although this in itself may encourage faster adoption of digital assets.

How it will be in practice

Argueta explained that businesses do require an e-wallet to receive bitcoins, but they have the option to select and prioritize transactions in U.S. dollars when making transactions.

«If I buy 1,000 t-shirts from you that cost $200 and pay you in bitcoins, you will have a wallet on the service where you will make the transaction, choosing which currency you want to receive: digital or fiat currency. So it's actually voluntary".

Simply put, entrepreneurs are required to have an e-wallet that also allows them to make payments in bitcoins. However, they do not have to accept digital assets as payment for goods and services at all, as they can immediately convert them into dollars when they receive payment.

The state-owned cryptocurrency wallet Chivo offers such a feature with zero surrender fee. Successful examples of BTC payments have already been recorded in Salvadoran branches of McDonald’s and Starbucks. However, Argueta also warned that entrepreneurs who decide to go against these rules will legally violate the Consumer Protection Act. However, it remains debatable how to approach this in practice. In particular, some small entrepreneurs may have technical problems with this in the first months (ignorance, inability to use the new tools), and it is to be hoped that they will not be punished immediately for such missteps. Meanwhile, in El Salvador, a campaign is being launched calling for this controversial point to be removed from the Bitcoin Law.

It is up to each individual to assess for himself how strict this controversial law is. Its supporters say it will help accelerate the introduction of cryptocurrencies in El Salvador, which will eventually lead to the citizens of this poor country benefiting from it themselves. As you can see from what is happening, El Salvador has embarked on an unprecedented experiment. If successful, it could encourage other countries to approach Bitcoin in a similar way. However, El Salvador's refusal to move to the «BTC»standard could significantly undermine any ambitions of other states regarding cryptocurrencies.

In the CIS countries, the use of cryptocurrencies is on a voluntary basis. Exchange Bitcoin quickly and safely in our exchanger.